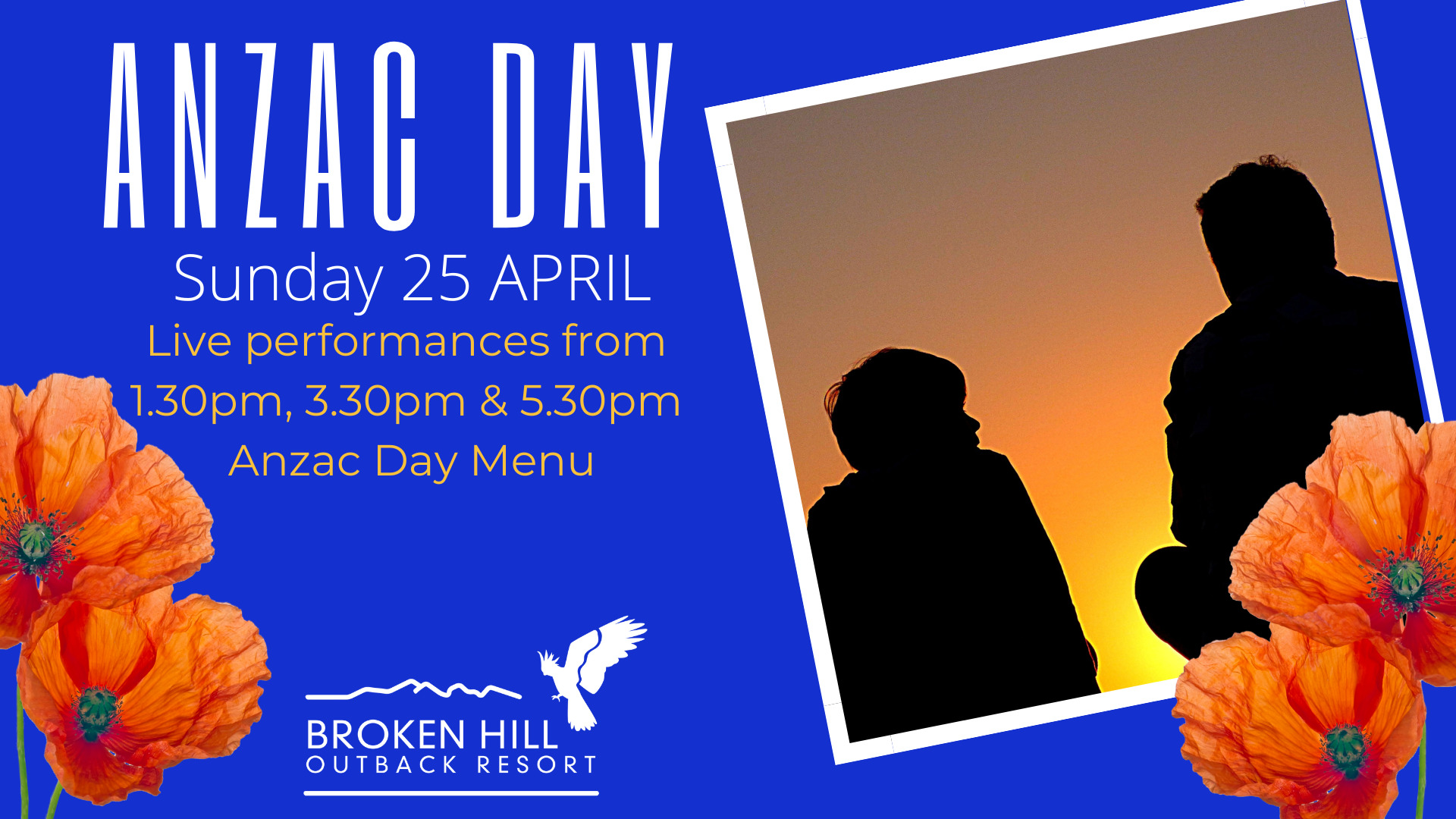 Come down this Anzac Day and join us for Australia’s National Day of Remembrance.

A day dedicated to the Australian & New Zealand armed forces, it’s crucial that as Australians we use this opportunity to pay tribute to the sacrifice made by the soldiers. Unlike any other public holiday, we say thanks to those who have risked their lives for the sake of our freedom. The holiday falls on the 25th of April each year, which marks the day that the corps landed in Gallipoli in the First World War in 1915. Since its beginnings, Anzac Day has become known for its moving dawn services, marches and an opportunity to come together with friends, in support of bravery and courage.

Where better to meet your mates after the service than at the Mt Gipps Hotel, where the live music  will be going and the drinks flowing, and Two up from midday. We’ll be hosting a series of live signers which will be playing all afternoon including Graham Roger award winning country music singer.

ALL DAY PIZZA MENU and our usual menu offered for lunch and dinner service times.

More about the artist here http://www.grahamrodger.com.au/index_1.html 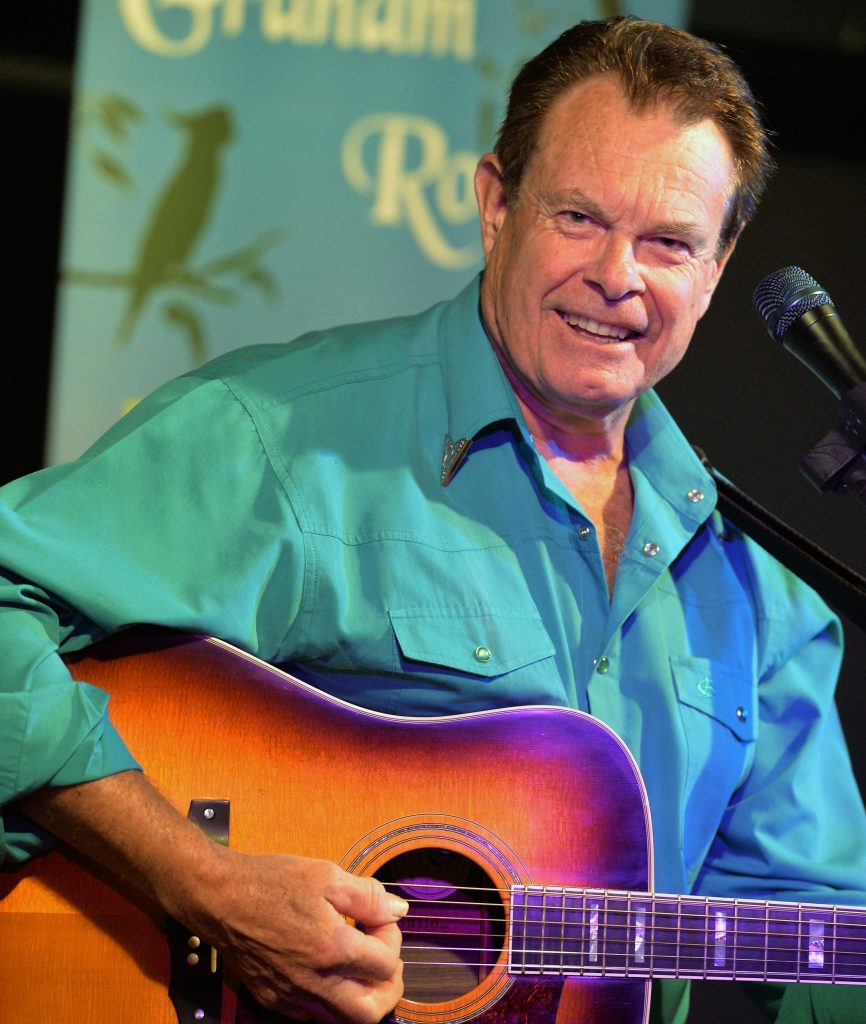 Since resigning as a Queensland Ambulance Officer and becoming a fulltime professional entertainer, Graham has made a huge impact on the country music industry. His name has become synonymous with the writing and recording of high quality Australian ballads.  Keeping Australia and Australians as the major themes for his ballads ensures that Graham will always uphold the traditions cemented into our culture by the late Slim Dusty.  Slim was one of the many within the industry who acknowledged Graham’s exceptional writing skills and was pleased on several occasions to record his material.  One of the most notable was “You Can’t Take Australia From Me”.  The message in this ballad so impressed Slim that the family requested Dick Smith to recite it as a poem at his funeral.  Graham has always greatly appreciated this gesture and has never under-estimated this acknowledgement.

In 2012 on his eleventh album “Stronger For It All” Graham wrote and recorded the ballad “I Am”.  There is a line in this ballad which says ‘I am the artists, poets and the scribes who keep our heritage alive’.  It is for this that we should be ever so grateful to Graham and his fellow balladeers because it is they, who are keeping our history and traditions alive.  For centuries, right across the world, history has been handed down through the generations by story and song.  Without these artists, as a nation, we lose our day to day contact with our past, and with no past we have no soul, and with no soul we have no future.  In what he has penned, Graham has given us a window through which we can view the history of our people.  He tells of monumental events and every day occurrences, all of which blend together to make us what we are today.

Graham is an incredibly gifted entertainer with a highly developed natural flow and as a result you only have to sit back and listen to one of his CDs or a live performance and you will fully appreciate the depth of this man’s talents.  The quality of Graham’s voice is reflected in the numerous “Male Vocalist of the Year” awards which he has won (these include six “People’s Choice Awards” from Tamworth).  The conviction and the emotion with which he sings his ballads are some of the tools he uses to whisk you away into his world.  Like any good storyteller he encapsulates you so you feel and live the story he is telling.

If you are not into country music you may be asking “Who is this Graham Rodger?”  So let me tell you a little about the achievements of this incredibly talented Australian entertainer.

In 1998 as a full time entertainer Graham released his first album.  In just 20 years Graham has amassed 92 major country music awards, including the Hands of Fame and Golden Guitar.

A brief summary of his achievements include:-

If you are a lover of good Australian music, you will not be disappointed in an evening spent with this entertainer.

Graham in his own words explains the development of his tag-along tours.

In 2014 we were organising an outback tour.  I was really keen to take good quality country music out to people living in very remote parts of Australia.  As the word got out as to what we were doing, I discovered there were other musicians and a considerable number of Australian country music fans keen on joining me.  Through a small touring company, Austrak Music Tours, an invitation went out for people wishing to join us.  In May 2014, five musicians and 82 supporters took to their caravans as we meandered our way from Miles to Birdsville doing 13 shows along the way.  It was voted such a huge success by both the travellers and the residents of the towns we visited that it was obviously something we had to do again.

In 2015 I had 5 musicians and with Austrak Music Tours 95 caravaners joined me as once again we started our adventure at Miles and over 4 weeks did 17 shows as we worked our way through outback Queensland and into the Northern Territory, concluding our tour at Ross River, just out of Alice Springs.

In 2016 we set off on our third tag-along with 170 people in 85 vans.  We started at Miles and over 3 weeks snaked our way through many of Queensland’s tiny towns to end up at Innamincka in South Australia.

Our fourth tag-along saw us starting at Swan Hill, then travelling through some beautiful and historic parts of South Australia, up to Broken Hill and then across northern NSW to end up at Lightning Ridge.

Fifty years ago Slim and Joy relished the opportunities to visit remote Australia and take their music to the people of the outback.  It was their actions that inspired me to do my outback country music tours, but I carried it one step further by incorporating it into a tag-along through Austrak Music Tours.

I honestly think the tag-along outback concept is one of the best ideas I have ever had.